Dollar turns softer again in Asian session today as markets are back in full risk on mode. Following the record runs in US, Nikkei is also hitting new 30-year high. Yen is following as second weakest for now. However, risk appetite is not clearly seen elsewhere. Australian and Canadian Dollars are just mixed. Sterling struggled to ride on Brexit trade deal to break out, and stays soft. Gold and oil price are also range bound.

Technically, USD/CHF is displaying some weakness today and focus is back on 0.8822 support (though it’s still a bit far). Break there will resume larger down trend. Such development could help push EUR/JPY through 1.2272 resistance to resume near term up trend. Meanwhile, EUR/JPY is also eyeing 127.01/7 resistance zone. Break there will confirm up trend resumption.

While strong risk appetite is seen in stock markets, oil and gold are stuck in range. WTI crude oil’s rally attempt is limited below 49.25 resistance and 50 psychological level is too much to overcome for now. Consolidation from there could extend further. But even in case of deeper pull back, downside should be contained by 43.50 cluster support (38.2% retracement of 33.50 to 49.25 at 43.23) to contain downside to bring rebound. 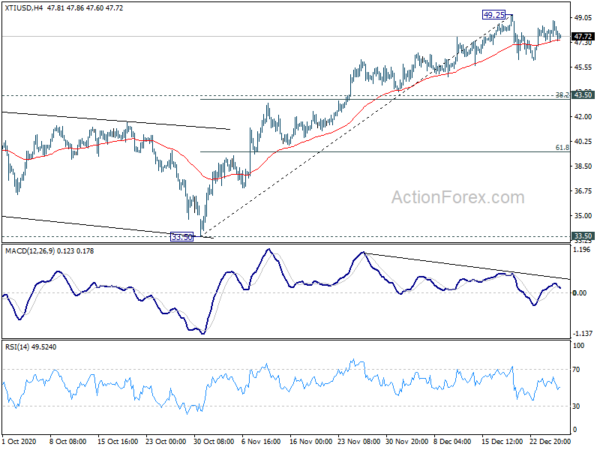 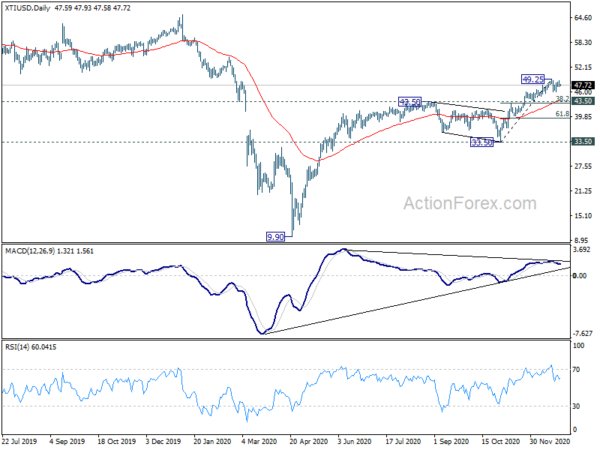 Gold’s attempt on 1900 handle and 1906.74 resistance failed yesterday. As long as 1856.98 support holds, we should see rebound from 1764.31 resumes sooner rather than later. Sustained break of the medium term channel resistance will affirm the view that corrective fall from 2075.18 has completed with three waves down to 1764.31. Further rally should be seen then to 1965.50 resistance to confirm. Though, break of 1856.98 will risk more downside first and turn focus to 1819.05 support. 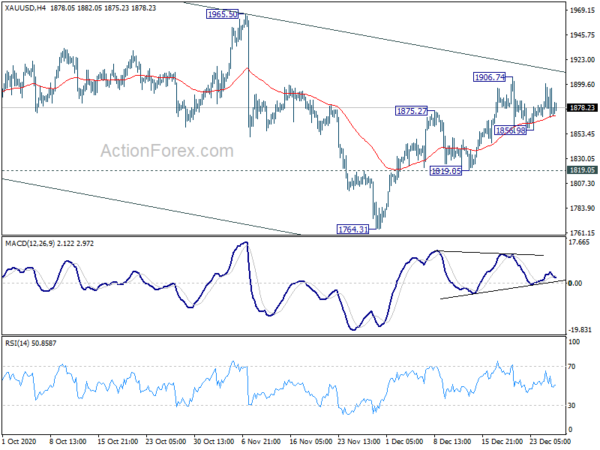 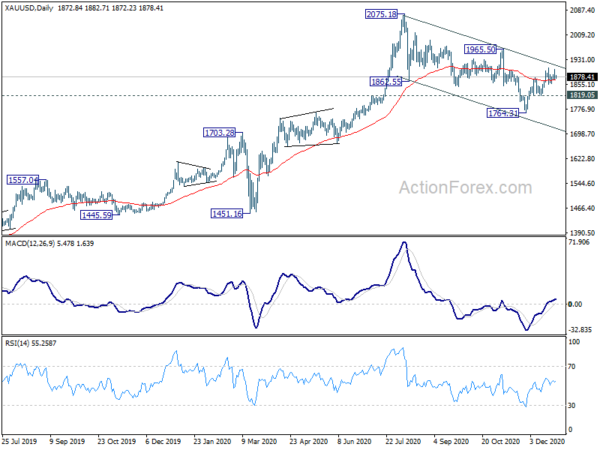 Developments in commodity-yen crosses are disappointing considering the strong risk-on markets. NZD/JPY is still stuck in range below 74.30 short term top. The notable support from 72.79 resistance turned support is a sign of near term bullishness. Yet, NZD/JPY has to break through 74.30 to confirm resumption of whole up trend from 59.49. In that case, next upside target is 100% projection of 63.45 to 71.66 from 68.86 at 77.07.

However, considering bearish divergence condition in daily MACD, sustained break of 72.79 would argue that rise from 59.49 has completed with a five-wave sequence. Deeper correction could be seen back towards 68.86 support for the near term first. 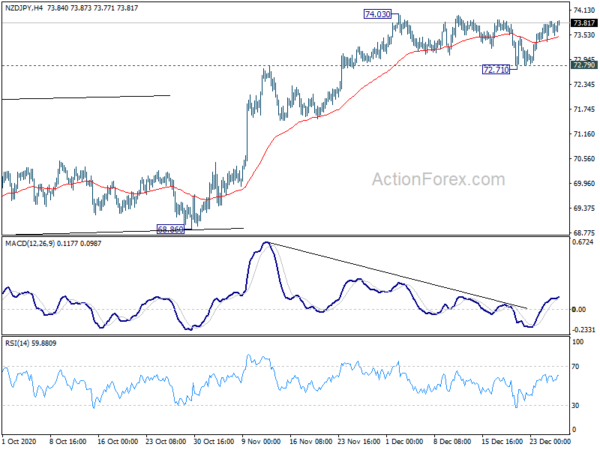 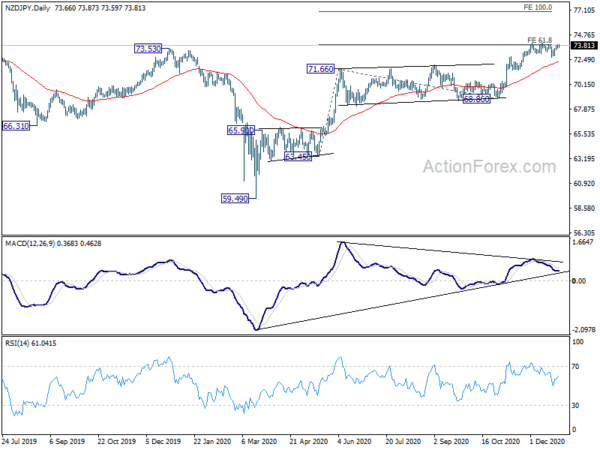 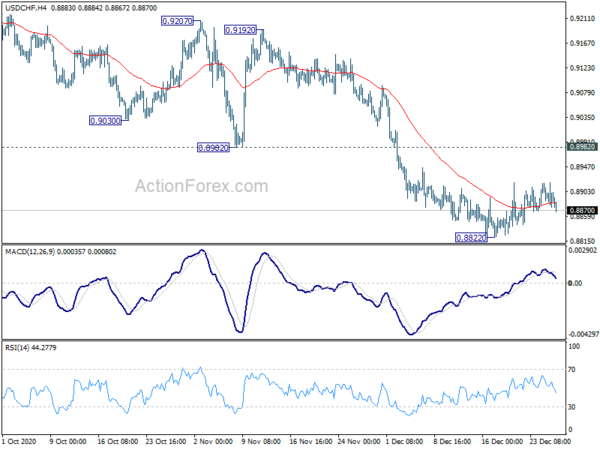 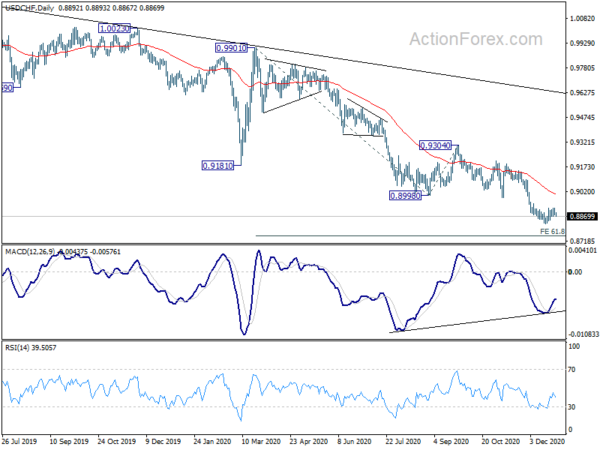 Key Levels to Watch as US Presidential Election Looms