Dollar is recovering mildly today but remains one of the weakest for the week, together with Yen and Sterling. Solid risk appetite, with DOW closing strongly at new record overnight, is keeping the greenback and Yen pressured. Yen appears to be slightly weaker with the sharp rally in treasury yield. The Pound, on the other hand, is struggling with coronavirus and lockdowns in the UK. Aussie and Kiwi are currently the strongest ones for the week.

Technically, 127.22 temporary top in EUR/JPY is an immediate focus for today. Sustained break there will confirm resumption of whole up trend from 114.42. A second question is whether that could be accompanied by further rally in EUR/USD, or a rebound in USD/JPY, or both. That could depend on how treasury yields would follow up with yesterday’s rise. In particular, 10-year yield could accelerate further up towards channel resistance after yesterday’s gap breakout.

Dollar index continues with down trend after FOMC minutes

Dollar remains generally pressured after FOMC minutes revealed that members unanimously supported keeping asset purchase pace unchanged. The greenback is only partially supported, more notably against Yen by surging treasury yield. Overall, Dollar is still one of the weakest for the week together with Yen and Sterling.

“All participants judged that it would be appropriate to continue those purchases at least at the current pace, and nearly all favored maintaining the current composition of purchases,” the minutes noted. “A couple of participants indicated that they were open to weighting purchases of Treasury securities toward longer maturities.”

Further, “some participants noted that the committee could consider future adjustments to its asset purchases — such as increasing the pace of securities purchases or weighting purchases of Treasury securities toward those that had longer remaining maturities — if such adjustments were deemed appropriate,” the minutes said.

Dollar index is extending the medium term down trend from 102.99 for now and further decline is expected as long as 91.01 resistance holds. DXY is on track to a key support zone, between 88.25 and 61.8% projection of 102.99 to 91.74 from 94.74 at 87.88. We’d expect further loss of momentum approaching this zone. Tentatively, some strong support should be seen there, at least on first attempt, to bring rebound. 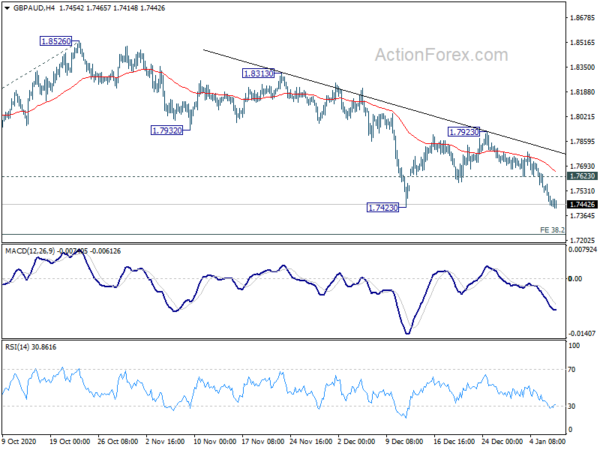 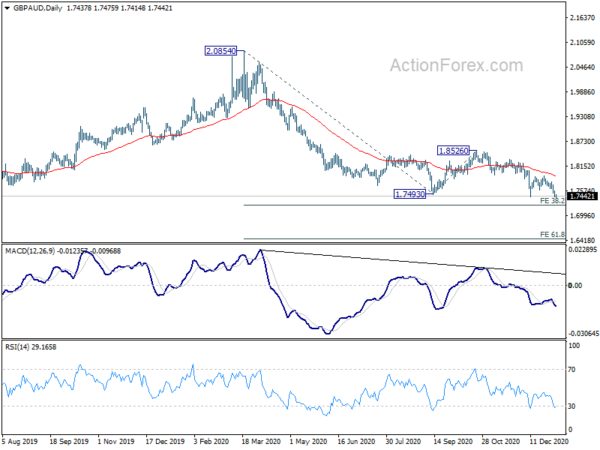 Australia trade surplus narrowed to AUD 5B in Nov, as imports jumped 10% mom

Intraday bias in EUR/JPY remains neutral at this point, with focus on 127.22 resistance. Firm break there will resume larger rally from 114.42. Next target will be 128.67 medium term fibonacci level. In any case, outlook will remain bullish as long as 125.92 support holds, in case of another retreat. 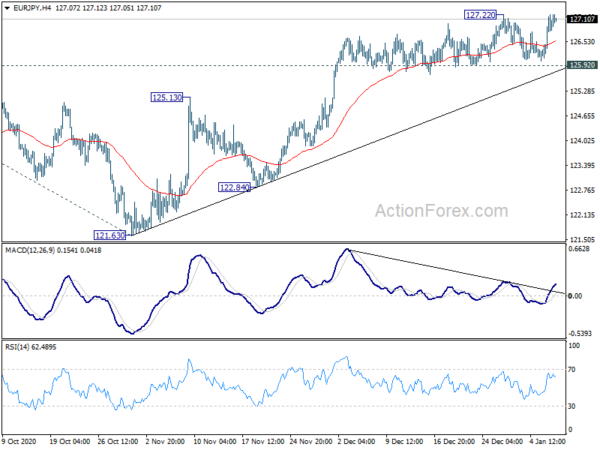 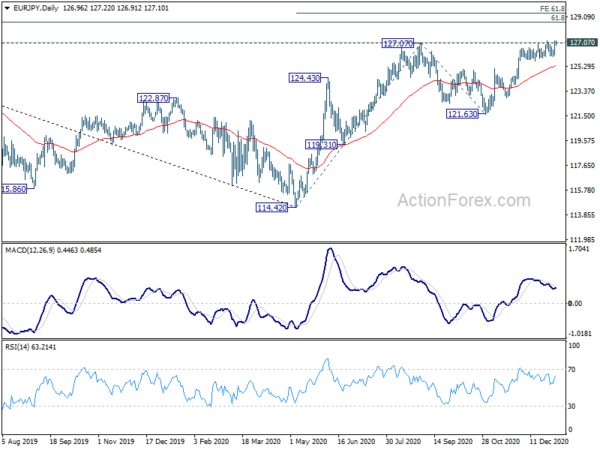