Dollar drops broadly in early US session after much smaller than expected non-farm payroll job growth, even though unemployment dipped notably. Canadian Dollar is some what pressured today after larger than expected job losses. But Yen is the one following the greenback as second weakest. Australian Dollar and Euro are trying to regain some grounds against Dollar.

Technically, EUR/USD is back above a medium term channel support, and we’d see if it could extend the rebound to revive near term bullishness. GBP/USD would be another focus before weekly close, to see if it could break through 1.3758 resistance to resume larger up trend.

US non-farm payroll rose only 49k in Jan, but unemployment rate dropped to 6.3%

US non-farm payroll employment rose only 49k in January, well below expectation of 85k. “Notable job gains in professional and business services and in both public and private education were offset by losses in leisure and hospitality, in retail trade, in health care, and in transportation and warehousing.”

However, unemployment rate dropped to 6.3%, down from 6.7%, much better than expectation of 6.7%. Number of unemployed persons dropped to 10.1 million. Participation rate was about unchanged at 61.4%. Average hourly earnings rose 0.2% mom, below expectation of 0.3% mom.

Also released, trade deficit narrowed to USD -66.6B in December.

Canada employment dropped -213k, or -2.12% in January, much worse than expectation of -43.5k. “Losses were entirely in part-time work and were concentrated in the Quebec and Ontario retail trade sectors.” Unemployment rate surged to 9.4%, well above expectation of 8.9%. That’s also the highest level since August 2020.

Also from Canada, trade deficit narrowed to CAD -1.7B in December, smaller than expectation of CAD -3.0B.

BoE Broadbent: Recovery will be linked to vaccine rollout and people’s cautiousness

BoE Deputy Governor Ben Broadbent said the strong economic growth this year will be a “function of lower starting point last year”. Recovery will be linked to vaccine rollouts and how cautious people are going forward. Nevertheless, unemployment rate will very like go out when furlough scheme ends. Also, tight international borders would be negative for both the supply and demand side of the economy.

He also noted that it’s not unusual for banks to need time to prepare for negative interest rates. ECB had similar preparation time for negative rates, even though the UK is in a difference place to ECB in 2014 regarding inflation. “We want to ensure that at the very least it was not the technical feasibility of negative interest rates that might prevent their use. There are deeper issues … about their effectiveness, but the technical feasibility should not be something that stands in the way of them,” he added.

RBA Lowe: Interest rates to be low for quite a while yet

RBA Governor Philip Lowe told a parliamentary committee that the central bank was committed to do “everything it reasonably can” to to push the unemployment rate lower and drive wages growth higher. However, even in the most optimistic scenario, inflation won’t be back to its target band before 2023.

“The cash rate will be maintained at 10 basis points for as long as is necessary,” Lowe added. “Interest rates are going to be low for quite a while yet.”

Australia AiG Performance of Services rose to 54.2 in February, up from 52.9, highest since November 2019. Ai Group Chief Executive, Innes Willox, said: “With a considerable way to go before a full recovery can be claimed, the more convincing lift in new orders is an encouraging pointer to continuing recovery over coming months. Sales also grew strongly – in part reflecting a release of pent-up demand and higher levels of confidence and employment as the sector continued to recover.” 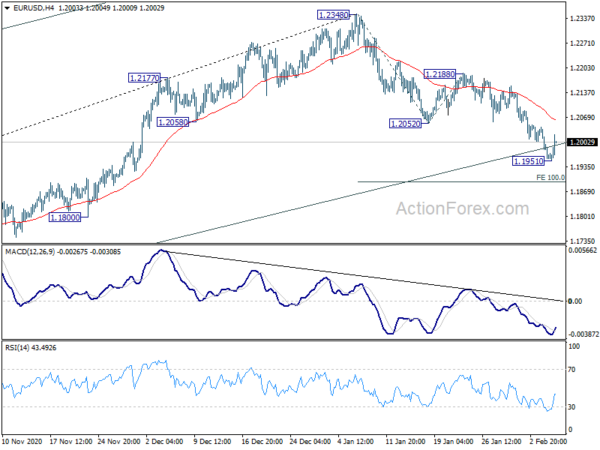 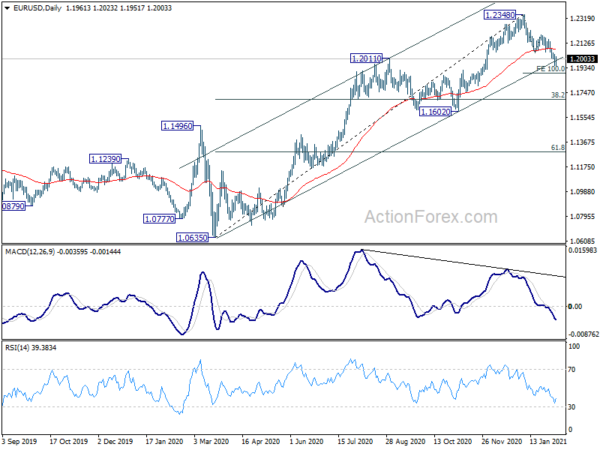 Dollar Breaking Down as Stocks Surge on Vaccines, Sterling Jumps on Brexit Optimism