Dollar extends recovery in European but there appears to be no follow through buying so far. It remains one of the weakest for the week, together with Yen and Sterling. Australian and New Zealand Dollars are paring some of this week’s gains too. The US Senate and House certified President-elect Joe Biden’s victory in the presidential election. Though, markets have little reaction to the news so far. European stocks are mixed for now, while DOW might extend record run with a stronger open. There is also little reactions to the bunch of data released from US, Canada, Eurozone and UK.

Technically, there is prospect of short term bottoming in Dollar, considering divergence conditions in 4 hour MACDs. But some levels need to be taken out first, including 1.2214 minor support in EUR/USD, 0.7641 minor support in AUD/USD, 103.89 minor resistance in USD/JPY and 1.2797 minor resistance in USD/CAD. The next move may come after tomorrow’s non-farm payrolls report.

Eurozone retail sales dropped sharply by -6.1% mom in November, well below expectation of -3.0% mom. Volume of retail trade decreased by -10.6% mom for automotive fuels, by -8.9% mom for non-food products (within this category mail orders and internet increased by 1.8% mom) and by -1.7% mom for food, drinks and tobacco.

Eurozone Economic Sentiment Indicator rose 2.7 pts to 90.4 in December. Employment Expectation Indicator rose 1.4 pts to 88.3. Amongst the largest euro-area economies, the ESI increased significantly in Italy (+6.8), Spain (+3.3) and, to a lesser extent, in the Netherlands (+2.5) and France (+2.1), while it remained broadly unchanged in Germany (+0.1).

UK PMI construction dropped to 54.6, positive end to the year

UK PMI Construction dropped slightly to 54.6 in December, down from 54.7, matched expectations. Markit noted that output expansion maintained for the seventh month in a row. Employment returned to growth amid strong rise in new orders. Supply shortages pushed up input costs.

Tim Moore, Economics Director at IHS Markit: “December data illustrated a positive end to the year for the UK construction sector, mostly fuelled by a sharp rebound in house building. Overall output growth has slowed in comparison to the catch-up phase last summer, but now it is encouraging to see the recovery driven by new projects and stronger underlying demand.”

Japan announced a limited state of emergency in Tokyo, and three neighboring prefectures of Saitama, Kanagawa and Chiba. 30% of the country’s population are covered. The one-month emergency measure would run from Friday to February 7. Restaurants and bars are asked to close by 8pm. Residents should refrain from non-urgent outings. Crowds at sports and big events are limited to 5000 people.

“The global pandemic has been a tougher one than we expected, but I’m hopeful we can overcome this,” Prime Minister Yoshihide Suga said. “For this to happen, I must ask citizens to endure life with some restrictions.”

Australia trade surplus narrowed to AUD 5B in Nov, as imports jumped 10% mom 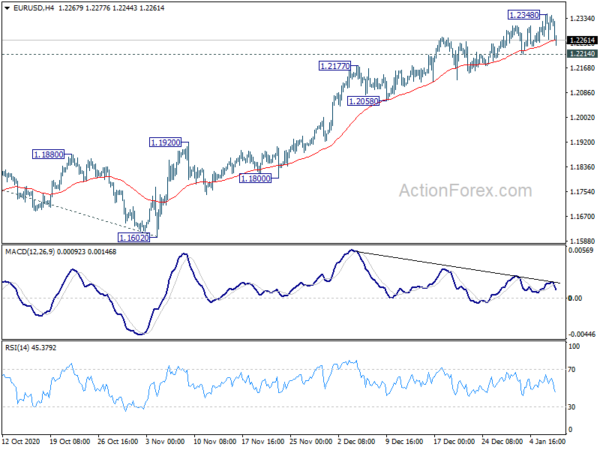 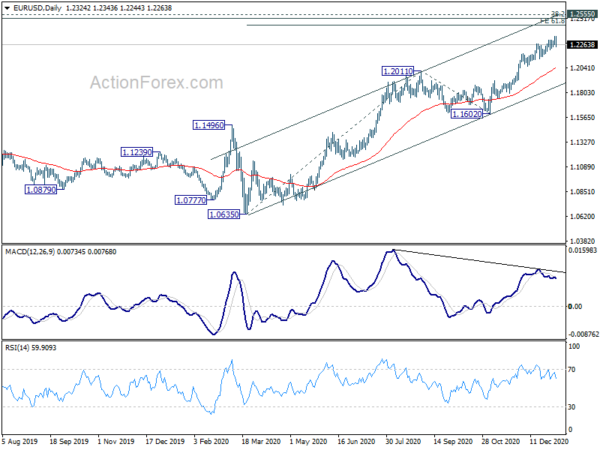 Dollar Weakens Against on Job Contraction, Downside Limited So Far