Dollar’s selloff finally took off overnight as US stocks were boosted further to new record highs on reflation trade and vaccine optimism. Selling is really broad based this time, as the greenback tumbled even against Yen and Swiss Franc. For now, New Zealand and Australian Dollars are the strongest ones but Canadian Dollar is lagging behind despite strong oil prices. With a light economic calendar this week, more downside in Dollar is in favor for the near term.

Technically, GBP/USD’s break of 1.3758 resistance confirms up trend resumption. EUR/USD also broke 1.2052 support turned resistance to indicate completion of of correction from 1.2348. Further rise would be seen back to 1.2188 resistance to solidify near term bullishness. Focuses now would be on 0.8925 resistance turned support in USD/CHF and 104.39 in support in USD/JPY. It’s unsure if two levels would be broken. But firm break there would be a real bearish signal for Dollar.

Fed Mester: Policy to be accommodative for a very long time

Cleveland Fed President Loretta Mester said yesterday monetary policy is “going to be accommodative for a very long time because the economy just needs it to get back on its feet.” Recovery is going to pick up momentum in the second half after vaccination. But until then, fiscal support on vaccine distribution and employment could help stabilize the economy. Also, “It’s going to take a while for the economy to get back to maximum employment,” she added.

Separately, Richmond Fed President Thomas Barkin said in a Financial Times interview that the economy still need support. “I still think there are a lot of people out of work who need a bridge to the other side, and I am supportive of what we can do to help them.” He expected some “short-term price volatility” but there are deflationary risks too. He’s keeping the focus on “medium-term” inflation expectations.

ECB Lagarde: Vaccine provides eagerly awaited light at the end of the tunnel

ECB President Christine Lagarde told the European Parliament yesterday that vaccine rollout across the Eurozone “provides the eagerly awaited light at the end of the tunnel… When containment measures are lifted and uncertainty recedes, we expect the recovery to be supported by favorable financing conditions, expansionary fiscal policies and a recovery in demand.”

Though, she also emphasized, “if we want to pave the way for a sustainable recovery, we need to maintain and strengthen the common European approach that proved so effective last year. The ECB is committed to doing its part, within its mandate.”

“Underlying price pressures are likely to remain subdued owing to weak demand, low wage pressures and the appreciation of the euro exchange rate,” Lagarde said. “Our pledge to preserve favorable financing conditions is crucial in the current environment.”

Australia NAB business confidence rose to 10, but conditions dropped to 7

“Business started the year on a more optimistic note, even as conditions eased from the strength we saw in December. Importantly, employment conditions remain in positive territory – so overall businesses are still expanding their workforce,” said Alan Oster, NAB Group Chief Economist. “The decline in conditions was broad-based across industries, except for a small improvement in recreation & personal services, which continues to make small gains as restrictions ease.” 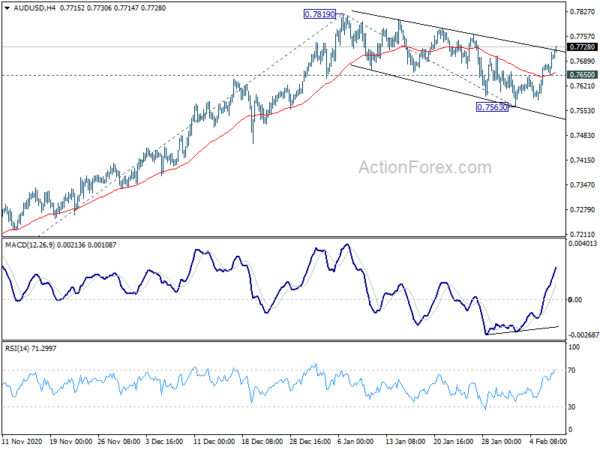 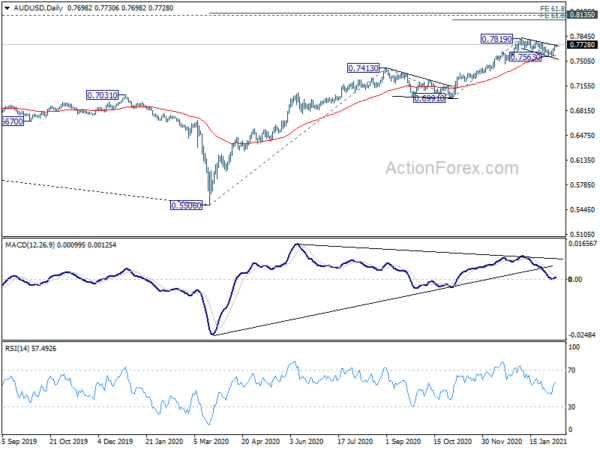 Dollar Selling Takes Off as US Stocks Hit Records

Dollar Paring Some Losses, Aussie Retreats Ahead of RBA