Dollar opens the week generally higher, as supported by comments from former Fed chair Janet Yellen. Though, at this point, Yen mildly stronger while Swiss Franc is also firm. The triple argues that there is some underlying cautiousness in investor sentiments, despite solid Q4 China data. That’s also reflected in the general weakness in commodity currencies and Sterling.

Technically, EUR/USD is pressing key near term support zone at 1.2058 at this point. We’d expect strong support from the current level to bring rebound. But sustained break there could bring deeper decline to channel support at 1.1920 at least. At the same time, we’d continue to monitor EUR/GBP’s reaction to 0.8861 key support level. Sustained break there could intensify Euro’s overall selloff. 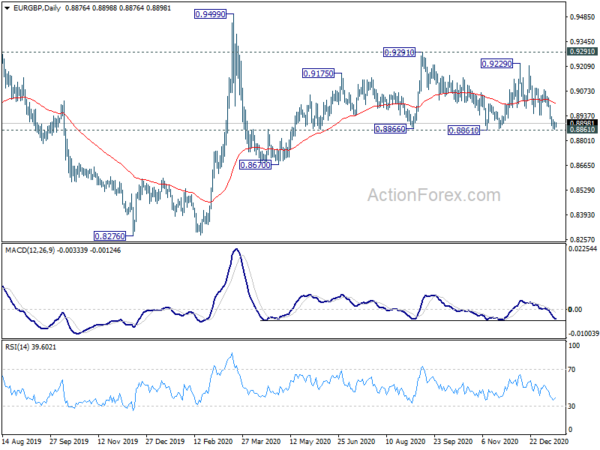 US Treasury Secretary nominee, former Fed chair, Janet Yellen was quoted on Sunday affirming the stance of not seeking a weaker exchange rate.

According to a WSJ report, Yellen will say in a Senate confirmation hearing, “the value of the U.S. dollar and other currencies should be determined by markets. Markets adjust to reflect variations in economic performance and generally facilitate adjustments in the global economy.”

“The United States doesn’t seek a weaker currency to gain competitive advantage,” she would add. “We should oppose attempts by other countries to do so.”

China’s GDP grew 6.5% yoy in Q4, accelerated from prior quarter’s 4.9% yoy, beat expectation of 6.1% yoy. Overall, GDP grew 2.3% in 2020, making it the only major economy that avoided a contraction, due to the coronavirus pandemic that started with outbreak in Wuhan.

Hong Kong HSI trades mildly higher today in response to the releases. HSI is now pressing an important resistance level, with 100% projection of 21139.26 to 26782.61 from 23124.25 at 28767.60, as well as medium term channel. Decisive break of the level will confirm upside acceleration. More importantly, rise from 21139.26 should finally b e seen as developing into a long term up trend.

Gold dipped in Asia, but holds above 1800 handle

Gold breached 1817.05 support, and dipped to 1810.07 earlier today but quickly recovered. Bias stays neutral for some more consolidations first. In case of another recovery, we’d expect upside to be limited by 1863.51 resistance to bring fall resumption. 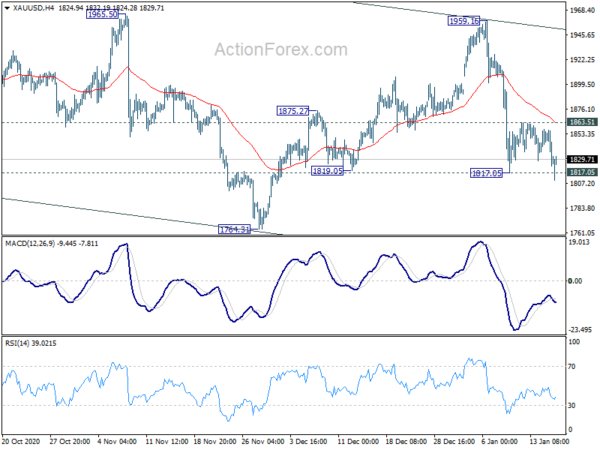 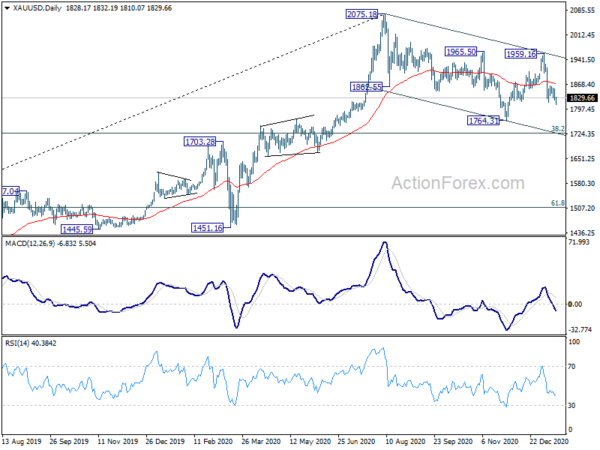 Current development, with break of a near term channel, suggests that bitcoin’s recovery from 30635 has completed at 40000 already. Consolidation pattern from 41964 high should have started the third leg. Deeper decline is now in favor back to 30635. 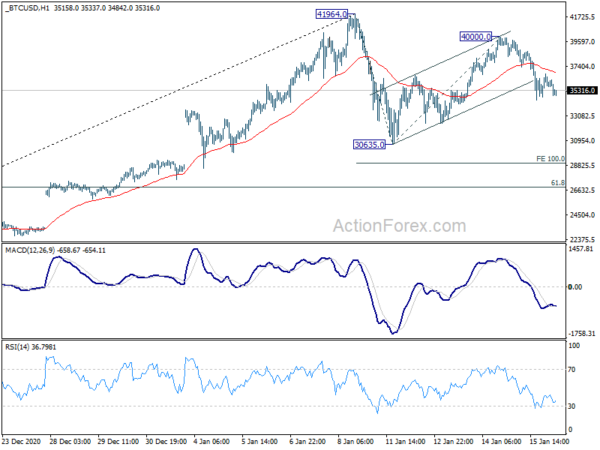 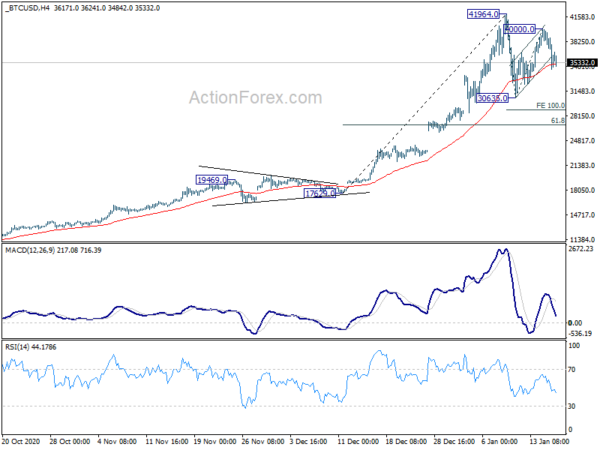 BoC, BoJ and ECB to meet this week, to stand pat

Three central banks will meet this week, BoC, BoJ, ECB. BoC is expected to keep overnight rate unchanged at 0.25%. The QE program will also be kept unchanged. Though, there is some risk of a “micro-rate cut”, or at least discussion on that. But looking ahead, with earlier than expected arrival of vaccines, BoC will most likely upgrade both growth and CPI forecasts.

BoJ is expected to keep short term policy rate at -0.10% and 10-year JGB yield target at 0%, with no limit on asset purchases. The return of state of emergency and lockdowns could weigh on the near term outlook. But the central bank could still maintain a cautiously upbeat tone for the outlook of this year.

ECB is expected to keep monetary policy unchanged too, after expanding and extending the PEPP. Focuses would be on the press conference on topics like tapering, exchange rate, economic outlook and the strategic review.

In addition to the central bank meetings, eyes will also be on China GDP, Germany ZEW and Eurozone PMIs, UK CPI and PMIs, Canada CPI and retail sales, and Australia PMIs. 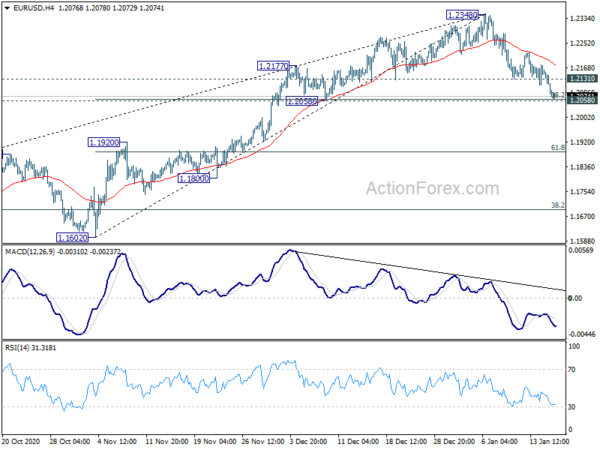 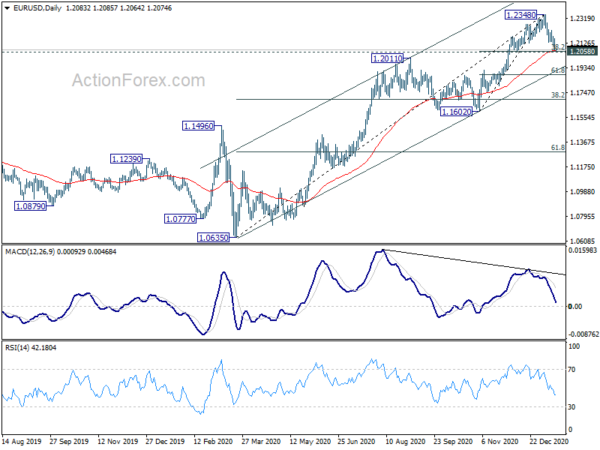 Dollar Down, Futures Pare Gain after Poor US Retail Sales

Swiss in Broad Based Selloff While Silver Steals the Show