Euro drops broadly today following sharp decline in Germany ZEW economic sentiment. Swiss Franc is following down closely too. On the other hand, New Zealand Dollar remains the strongest on RBNZ rate speculations while Australian Dollar follows as support by RBA tapering. Yen and Dollar are mixed, together with Sterling. European stocks are trading mildly lower while US futures point to mixed open.

Technically, EUR/JPY’s break of 131.21 minor support suggests that deeper fall is ongoing towards 130.02 support. The selling follows EUR/AUD’s break of 1.5699 support level today. Now, focuses are on 0.8529 support in EUR/GBP and and 1.1806 support in EUR/USD. Break of these levels could further spillover Euro selling to other pairs.

Germany ZEW dropped to 63.3, but current situation soared to 21.9

“The economic development continues to normalise. In the meantime, the situation indicator for Germany has clearly overcome the coronavirus-related decline. Although the ZEW Indicator of Economic Sentiment has once again fallen significantly, it is still at a very high level. The financial market experts therefore expect the overall economic situation to be extraordinarily positive in the coming six months,” comments ZEW President Professor Achim Wambach on current expectations.

Eurozone retail sales rose 4.6% mom in May, above expectation of 4.1% mom. Volume of retail trade increased by 8.8% for non-food products and by 8.1% for automotive fuels, while it decreased by -0.2% for food, drinks and tobacco.

UK PMI Construction rose to 66.3 in June, up from 64.2, above expectation of 63.5. That’s also the highest level in exactly 24 years. Markit said the recovery was led by house building and commercial work. Supplier delivery times lengthened to the greatest extent on record. Input price inflation also reached the highest since survey began in April 1997.

Tim Moore, Economics Director at IHS Markit: “June data signalled another rapid increase in UK construction output as housing, commercial and civil engineering activity all expanded at a brisk pace…. Supply chains once again struggled to keep up with demand for construction products and materials… Purchasing prices and sub-contractor charges both increased at a survey-record pace in June, fuelled by supply shortages across the construction sector. Escalating cost pressures and concerns about labour availability appear to have constrained business optimism at some building firms. The degree of positive sentiment towards the year ahead growth outlook remained high, but eased to its lowest since the start of 2021.”

RBA moves to AUD 4B per week bond purchase, until at least mid-Nov

RBA decided to keep cash rate target at 0.10% as widely expected. The central bank will continue with bond purchase program after the current one ends in September. But the purchase target will be changed to AUD 4B per week, until at least mid-November. April 2024 bond is kept as the bond for yield target at 0.10%. The central bank said the expectation that condition for rate hike “will not be met before 2024”. Also, “meeting it will require the labour market to be tight enough to generate wages growth that is materially higher than it is currently.”

In a post meeting speech, RBA Governor Philip Lowe said “the situation today is quite different from that in March last year,” when the 3-year yield target was introduced. “We are no longer looking over a cliff but instead transitioning from recovery to expansion,” he added. “This improvement has widened the range of plausible scenarios for the cash rate.” The central scenario is still that condition for rate hike “will not be met until 2024?. But he added, ” there are alternative plausible scenarios as well”.

On extending asset purchases to AUD 4B a week until just November, Lowe said it “strikes the right balance”. ” It allows the possibility of a timely recalibration of the Bank’s bond purchases in either direction…” and, “we are not locked into any particular path and bond purchases could be scaled up again if economic conditions warrant.”

New Zealand Dollar jumps broadly today as economists pull head their expectation on RBNZ rate hike. The change in forecasts came after strong NZIER Quarterly Survey of Business Opinion, which shows a sharp improvement in both business confidence and demand in firms’ own business.

ASB Bank now predicts a rate hike from historical low at 0.25% in November. BNZ quickly followed in expecting a hike this November. Markets are indeed now pricing in 70% chance of that happening. 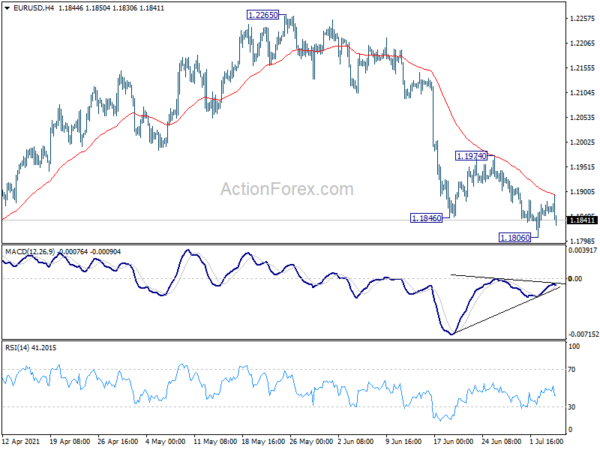 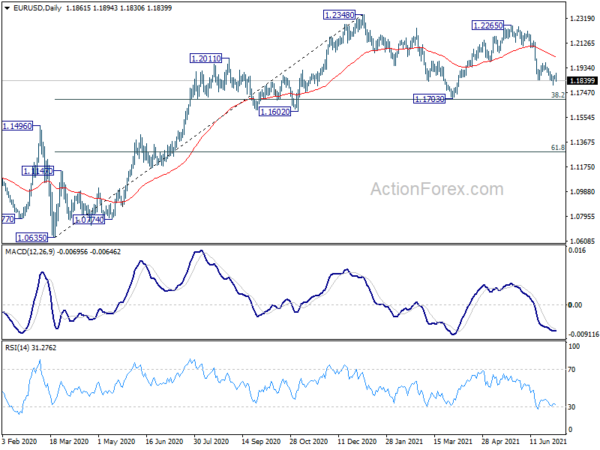