Overall, the financial markets are mixed as investor sentiment stabilized. European indices are already reversing initial losses while US futures point to higher open. Commodity currencies are staying generally weak. But buying focus is turning away from Dollar and Yen, to Euro. At the time of writing, the common currency is already the best performing one for the day. There is some upside prospect for the rest of the week.

Technically, EUR/USD managed to defend 1.2052 support so far, providing no additional bearish signal. Focus could be back on 1.2188 minor resistance for indication of stronger rebound. On the other hand, EUR/JPY already breaks 126.39 resistance to resume the rebound from 125.07. A focus now is whether EUR/CHF would break through 1.0798 resistance to solidify upside momentum.

According to advance estimate, US GDP grew at an annual rate of 4.0% in Q4, below expectation of 4.2%. BEA said: “The increase in real GDP reflected increases in exports, nonresidential fixed investment, personal consumption expenditures (PCE), residential fixed investment, and private inventory investment that were partly offset by decreases in state and local government spending and federal government spending. Imports, which are a subtraction in the calculation of GDP, increased”.

US initial jobless claims dropped to 847k, continuing claims down to 4.77m

Good trade deficit narrowed to USD -82.5B in December, versus expectation of USD -83.4B.

ECB Rehn: Eurozone inflation outlook is too low for my taste

ECB Governing Council member Olli Rehn said an a Bloomberg TV interview, that Eurozone’s inflation outlook is “too low for my taste, and more importantly, too low for our aim”.

But, “I would not enter into a speculation on one or another instrument in our monetary toolbox. I would just say we are indeed ready to use and adjust all our instruments as appropriate,” he said.

“We are closely monitoring developments in the exchange rate, especially regarding the inflation outlook,” he added.

Eurozone Economic Sentiment Indicator dropped to 91.5 in January, down from 92.4, above expectation of 88.7. The ESI’s decrease was driven by sliding confidence in retail trade and smaller losses in services and consumer confidence. Amongst the largest euro-area economies, the ESI dropped in France (-2.6) and Germany (-2.3), while it improved in Spain (+2.4), the Netherlands (+0.6) and Italy (+0.4)

From Swiss, trade surplus narrowed to CHF 2.88B in December, smaller than expectation of CHF 4.23B.

Exports to China was down NZD -97m, up to USA, EU, Australia and Japan. Imports from China was up NZD 273m, from AU was up NZD 81m, but down from EU, USA and Japan. 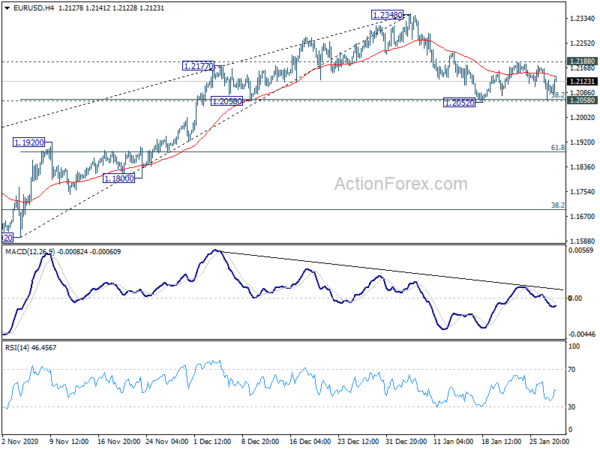 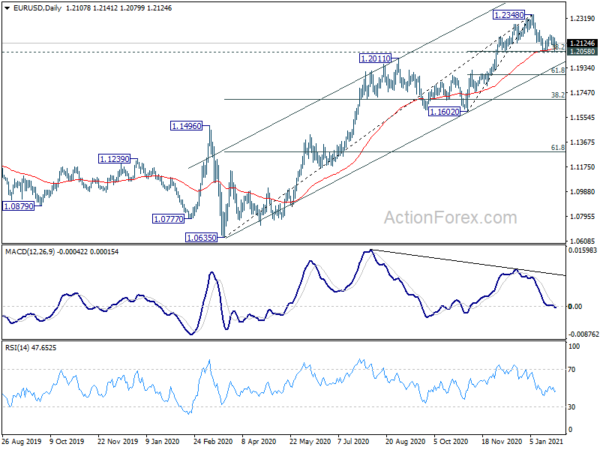