The intra-week rebound in global benchmark treasury yields was rather short-lived. Yields in Germany, US and Japan then turned south after ECB’s decision on PEPP purchases. That came even though CPI jumped to 13-year high. It remains to be seen of investors are giving a strong node to central bankers’ view that it’s transitory.

Swiss Franc, Dollar and Yen ended the week as best performers, following the decline in yields. New Zealand and Canadian Dollar are the two weakest. That came even though both respective central banks indicated rate hike next year. BoC also hinted on more tapering in July. Focus will now turn to FOMC meeting this week, and see if Fed could give Dollar another lift. Also, Franc will look into how SNB would talk down it’s appreciation.

Benchmark yields in US, Germany and Japan tumbled

The steep declines in treasury yields last week were global. It remains to be seen if that was a result of investors finally believing that current surge in inflation was “transitory”. Or, the falls in treasury yields were just a “temporary” reaction to ECB’s decision to continue with “significantly” higher PEPP purchases in Q3.

Benchmark German 10-year yield had the worst week this year and closed at -0.27. It’s now back at the levels in March, after surging to -0.1% earlier in May. 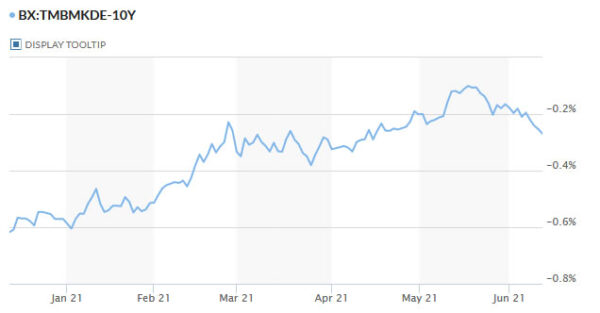 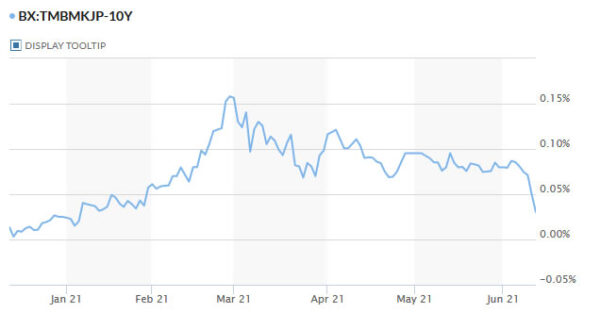 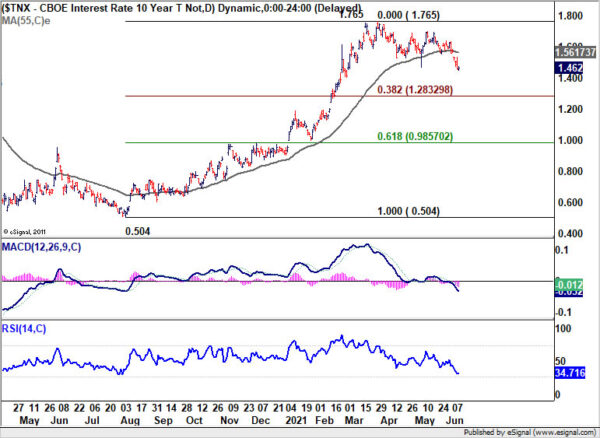 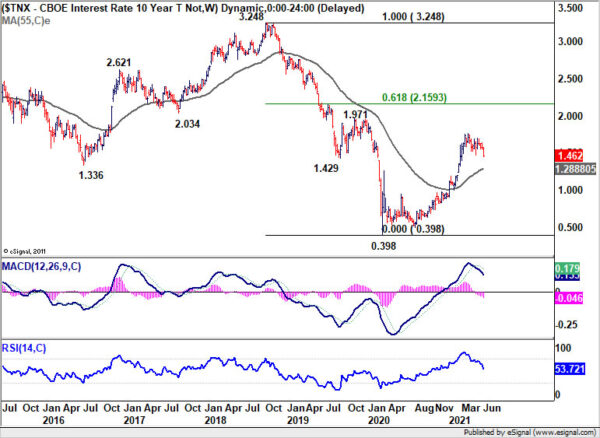 Swiss Franc was the biggest winner last week, as a result of falling yields, followed by Yen and then Dollar. In particular, EUR/CHF dived through 1.0915 key resistance turned support. Break of the medium term channel also indicates downside acceleration. It remains to be seen if fall from 1.1149 is still a deep correction to the up trend from 1.0505, or it’s already reversing it. But in either case, near term outlook will now stay bearish as long as 1.0925 support turned resistance holds. EUR/CHF should target next cluster support zone at 1.0737 (61.8% retracement of 1.0505 to 1.1149 at 1.0751). 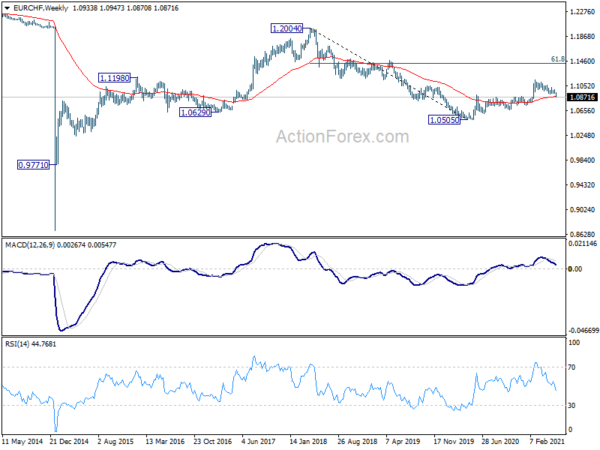 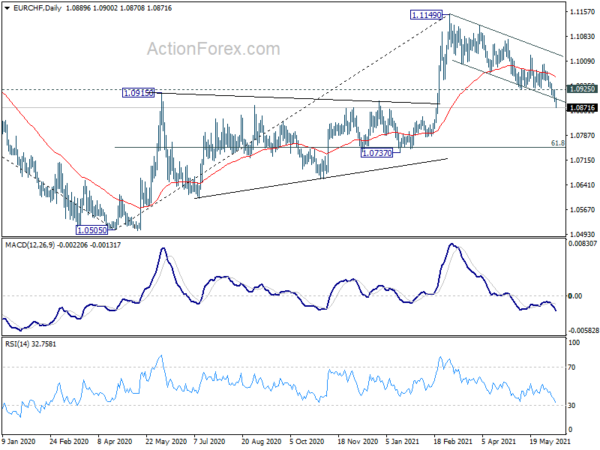 Yen follow the Franc closely as CHF/JPY couldn’t break through 122.50 resistance and was stuck in range. Yen’s strength was particularly apparent against commodity currencies. The case of near term reversal in CAD/JPY is building up with last week’s fall. In the background, CAD/JPY is close to key long term resistance at 91.62. Bearish divergence is seen in daily MACD. Break of 89.55 support should confirm medium term topping. Deeper fall should then be seen to 85.40 support, or even below. 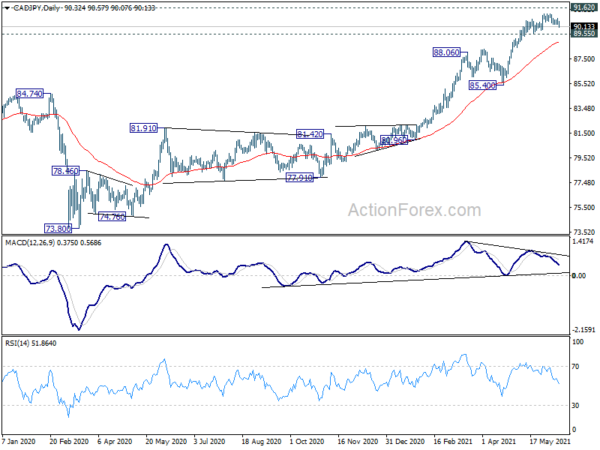 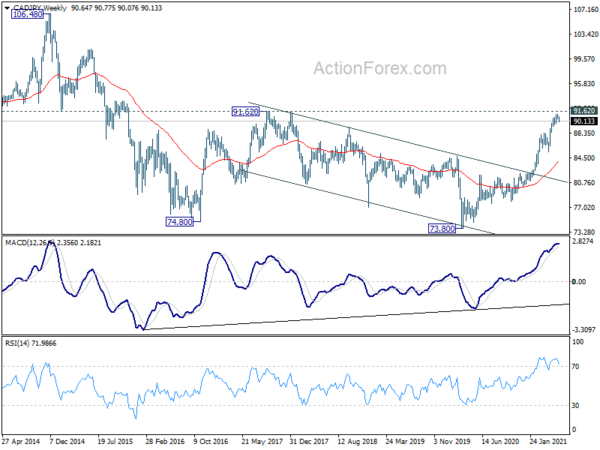 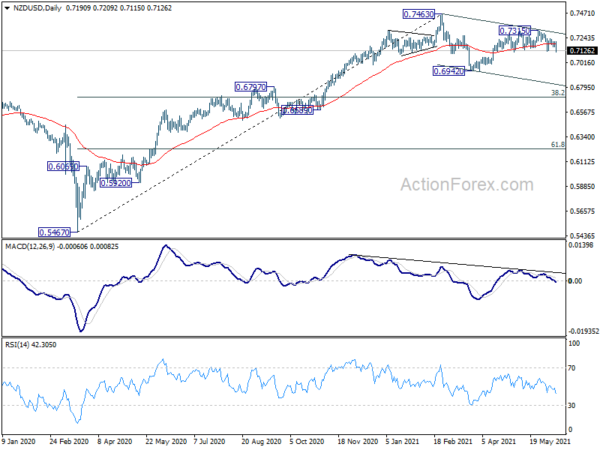 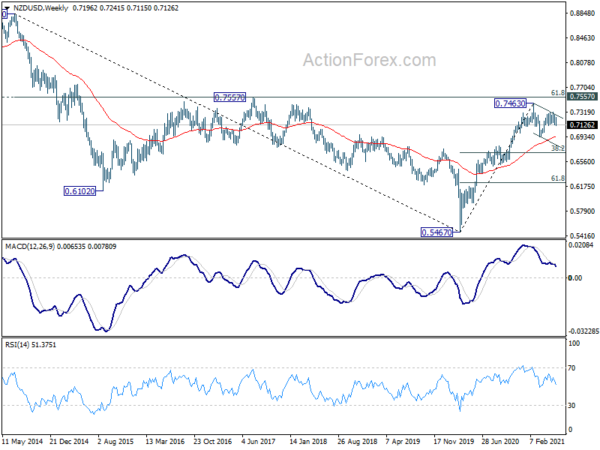 Dollar index unable to break through 90.90 resistance yet

As for Dollar index, the late rebound still doesn’t warrant near term reversal yet. Though, we’d continue to favor the case that fall from 93.43 is second leg of the consolidation pattern from 89.20. That is, even in case of another down, downside would likely be contained by 89.20. Meanwhile, break of 90.90 resistance will suggest that such fall from 93.43 has completed. Pattern fro 89.20 is then already in the third leg. Stronger rise would be seen back to 93.43, and probably further to 38.2% retracement of 102.99 to 89.20 at 94.46. 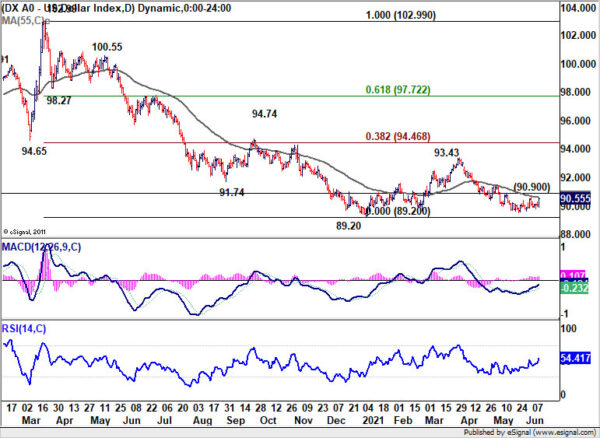 USD/CAD rebound strongly towards the end of the week, but stays below 1.2201 resistance. Initial bias remains neutral first and outlook is unchanged. We’d stay cautious on strong support from 1.2048/61 to bring reversal. On the upside, firm break of 1.2201 resistance will indicate short term bottoming and turn bias to the upside for stronger rebound. However, sustained break of 1.2048/61 will carry larger bearish implications. Next near term target will be 161.8% projection of 1.2880 to 1.2363 from 1.2653 at 1.1816. 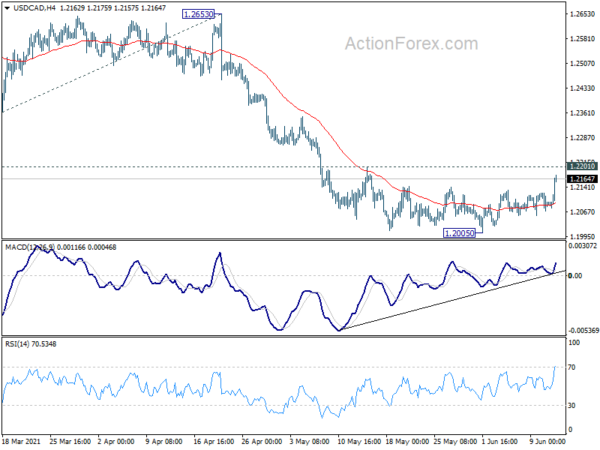 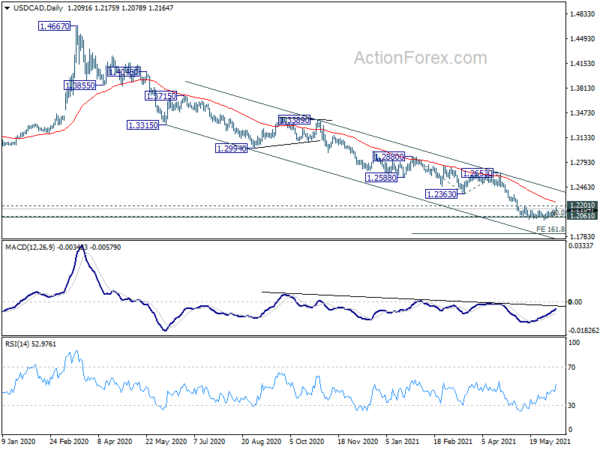 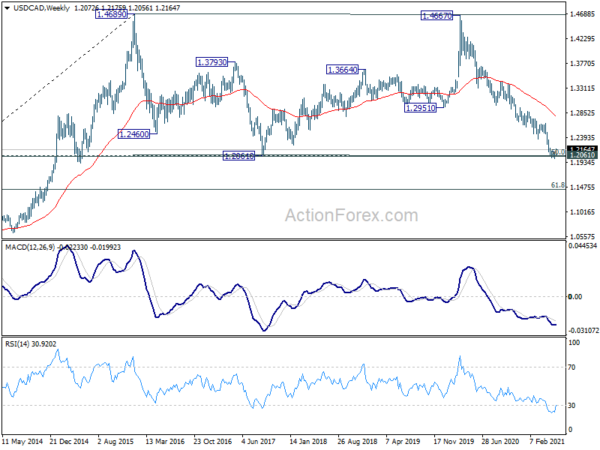 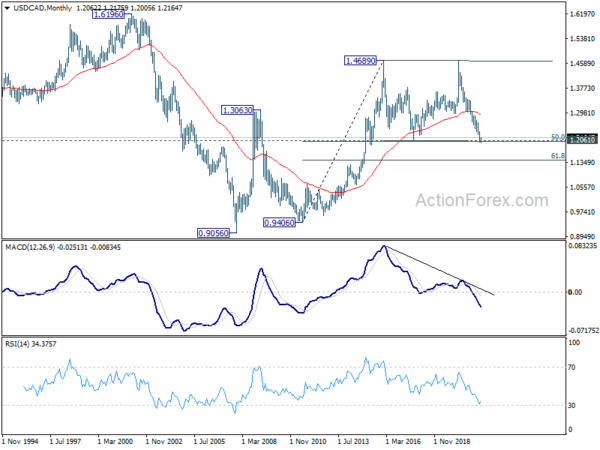