Dollar stabilizes mildly as another week starts, as selling focus temporarily turns to Yen. Both are weak nonetheless and stay near term bearish as least. Meanwhile, Sterling is trading slightly stronger in Asian session with help from recovery in crosses against Euro and Swiss Franc. But commodity currencies, as led by Canadian Dollar, have more potential to lead the rises. In other markets, Gold is consolidating last week’s rise for now, while Bitcoin is taken up by other cryptos.

Technically, GBP/USD’s break of 1.4008 resistance suggests resumption of the rebound from 1.3668 to retest 1.4240 high. Similarly, GBP/JPY breaks 152.38 resistance to resume the rise from 149.03 towards 153.39 high. But we’d need to see GBP/CHF breaking through 1.2733 resistance, to indicate completion of correction from 1.3070, and to confirm the Pound’s own underlying strength. Otherwise, it’s just a following others’ moves. 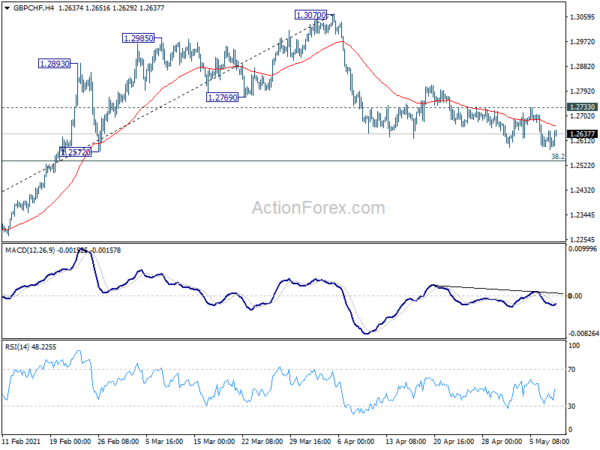 “It looks like we have moved past the rebound phase of the recovery and are now seeing healthy growth in most of the economy. After lagging in the rebound phase, the services sectors are now showing strength. Retail continues to see healthy conditions but does have slightly softer confidence than the other industries suggesting less improvement from the already high level in conditions”.

Overall, retail sales volume dropped -0.5% in March quarter. James said: “The quarterly volume fall was driven by households spending patterns gradually returning to those seen before COVID-19. Food retailing (-2.7 per cent) led the falls while household goods also fell (-1.6 per cent). The falls were partially offset by a rise in cafes, restaurants and takeaways (5.8 per cent), as eating out increased, while functions and events continued to return.”

CAD/JPY, NZD/JPY and AUD/JPY preparing to extend up trend

Yen opened the week generally lower, and selloff could accelerate further, in particular against commodity currencies. CAD/JPY is still leading the way and is now eyeing 90 handle. Near term outlook will remain bullish as long as 88.28 resistance turned support holds. Current up trend should target 61.8% projection of 77.91 to 88.28 from 85.40 at 91.80, which is close to 2019 high at 91.62. 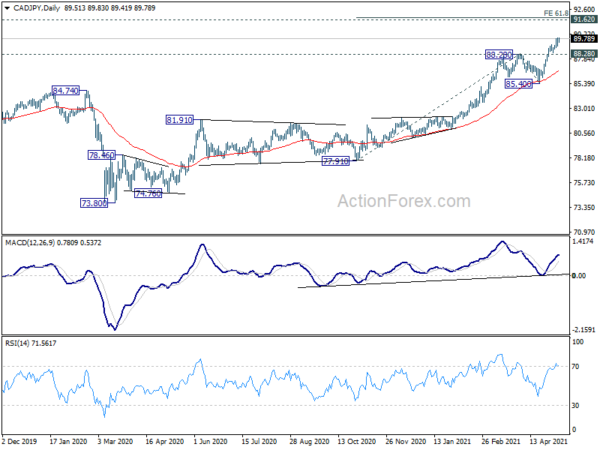 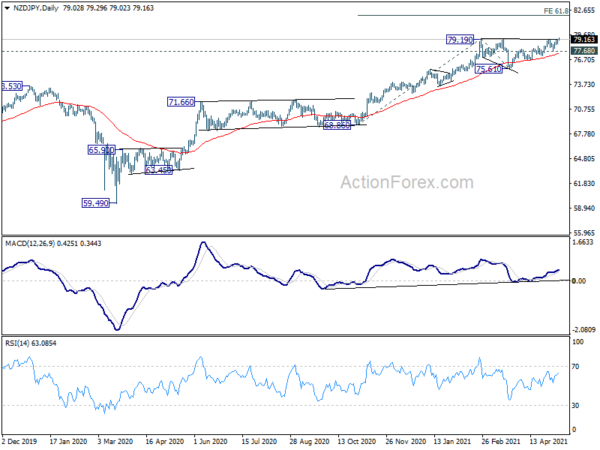 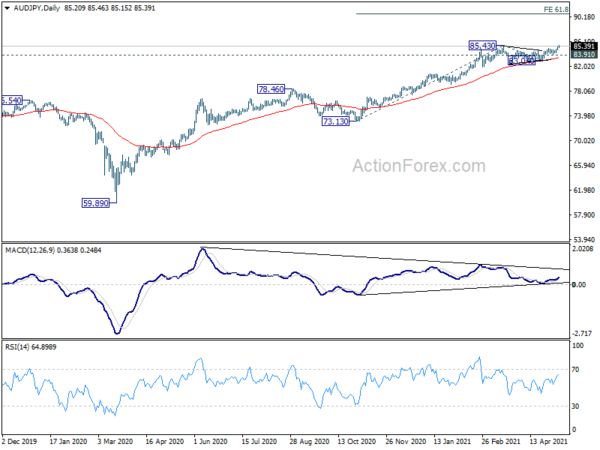 UK GDP, US CPI and retail sales to highlight a relatively light week

The economic calendar is relatively light this week. Main focuses will be on UK GDP, US CPI and PPI, as well as retail sales. Additional, some sentiment indicators will be watched including Eurozone Sentix and German ZEW. BoJ will release summary of opinions while ECB will release monetary policy meeting accounts. Here are some highlights for the week:

GBP/USD’s break of 1.4008 resistance suggests that rise from 1.3668 has resumed. More importantly, it should confirm that correction from 1.4240 has completed already. Intraday bias is back on the upside for retesting 1.4240 high first. Break will resume larger up trend from 1.1409 low. This will remain the favored case now, as long as 1.3890 minor support holds. 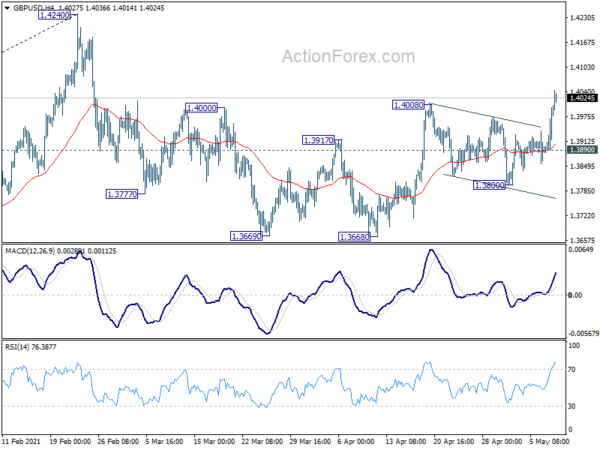 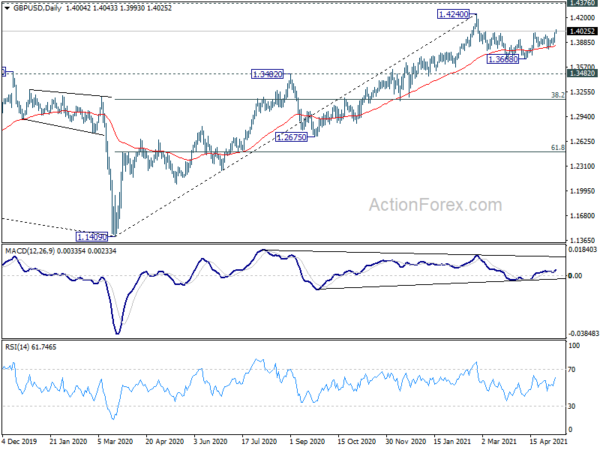